Your parents inherited a big piece of land from their forebears and now an interested buyer wants to acquire it for serious money, somewhere between $500,000 and $800,000. The issue is that nobody has any documents of it and nobody can prove whom it belongs to. Of course, your family knows it’s theirs, but they need to show undisputable documents and data in order for the transaction to take place. What can they do? If blockchain would have been used for land registry, they wouldn’t have had this problem in the first place.

The above situation might prove hypothetical for most of us, but for some people around the world is as real as it can be. Worldwide, these land registry-related problems are estimated to be worth $20 trillion. The processes to solve these issues are so costly and time-consuming that the majority of people will, most likely, avoid some serious headaches and leave those pieces of land useless and abandoned. This is where a blockchain land registry can become an essential tool.

Outdated systems out, modern technologies in

Keeping track of who owns which pieces of land or property is difficult when you have hundreds or even thousands of years of land records and the current systems in place are outdated. It’s common to encounter discrepancies within the paperwork, including forged documents, counterfeit titles and, in some cases, a complete loss of all documentation. When these situations arise, it can lead to costly court battles between conflicted owners, both of whom believe they are the rightful owner of a particular piece of land or property.

Land records are stored in a centralized database with no additional benefits other than being a paper registry. It is virtually impossible to collateralize property rights because the paper registry system is unenforceable in court. Because of unenforceability, banks won’t accept land as collateral. This situation leaves millions without the possibility of leveraging their property to get loans, thus continuing the ongoing cycle of poverty for much of the population.

Creating a top-of-stack land registry and verification platform for financial institutions can be the solution. This platform captures transactions and verifies the data, updating current registries, enables smart transactions and distributes private keys for clients to allow an automated and trusted property transactions between all parties.

Using the blockchain technology provided by Modex BCDB (Blockchain Database), it’s possible to build a land registry and a history of transactions that can be easily verified at any given point. The most important advantages:

The Republic of Georgia’s government is teaching the world how to adopt new technologies to solve old problems as they are the first national government to validate official actions on blockchain. Firstly, all the registrations are made on a private ledger, the so-called blockchain land registry.

Finally, they are verified through the Bitcoin blockchain and can enjoy all the benefits of blockchain you’re already familiar with: immutability, auditability, transparency, and security. The next steps might be to incorporate smart contracts into real estate processes such as property sales, transfers of ownership, rental agreements, mortgages, and any other possible operations we could think of in this sector.

By using blockchain technologies, Georgia’s National Agency of Public Registry (NAPR) can provide its citizens with a digital certificate of their assets, supported with cryptographical proof published to the blockchain. The main goal of the project was to develop the most secure solution to provide citizens and governments with data safety, auditable processes and transparency. By successfully integrating blockchain technology into their land title registry, the Georgian government has completed the first step towards pioneering blockchain technology, which will also be implemented across other government registries in the Republic of Georgia.

The project will continue to advance, ultimately using smart-contract capabilities to streamline business operations for NAPR, including the sale of property, transfer of ownership and more. “This important project will show that governments that transfer their property registries to a blockchain-based system can establish a more transparent and well-recorded system that ultimately benefits the people and advances economic opportunity for all”, stated Hernando de Soto, a renowned economist and founder and president of the Institute for Liberty and Democracy.

Estonia leads the way with X-Road

In order to support citizens and organisations, today’s societies – focused on their citizens and the services offered to population – require information systems to function as an integrated whole. There must be interoperability between different organisations and information systems. Estonia’s solution for maintaining a modern state is X-Road, which saves Estonians 1400 years of working time every year and is being used daily by over 1,000 organisations and enterprises in Estonia.

X-Road allows the nation’s various public and private sector e-service information systems to link up and function in harmony. Estonia’s e-solution environment includes a full range of services for the general public, and since each service has its own information system they all use X-Road.

To ensure secure transfers, all outgoing data is digitally signed and encrypted, and all incoming data is authenticated and logged. It connects different information systems that may include a variety of services. It has developed into a tool that can also write to multiple information systems, transmit large data sets and perform searches across several information systems simultaneously. X-Road was designed with growth in mind, so it can be scaled up as new e-services and new platforms come online.

The e-Land Register is a one-of-a-kind web application that contains information on all ownership relations and limited real rights for properties and land parcels.

Paired with a geographical information system (GIS), the electronic Land Register delivers real-time geographical data through the X-Road, enabling advanced map-based visualizations that power many of the location-based services in Estonia.

A critical tool for the real-estate market, it provides total transparency; listing the registered owner of each property holding, showing the property boundaries and providing other information that potential buyers need to know.

Records information contains cadastral data (including address, area, purpose of land), ownership relations, encumbrances, restrictions, rights of use, other notations and mortgage information. The system has transformed the way property transactions are carried out in Estonia, eliminating the need to visit public offices and spend hours waiting for a civil servant to search records.

This paper-free system has reduced the processing time for land transactions from up to 3 months to 8 days. Businesses benefit from the security of having instant access to land titles and the ability to confirm ownership with a few clicks

Malta to register all rent contracts on blockchain

On June 23rd, Joseph Muscat, the Prime Minister of Malta, announced that every rental contract in Malta would be registered on the blockchain, adding that the reformed rental laws were approved by the cabinet after a long consultation period. This initiative ensures security, prevents record tampering, and ensures only authorized persons can access the records. Additionally, the distributed ledger prevents the possibility of there being contracts in place for which there is no record. “We will now be showing people the added value of this technology through applying it to something which they will use in their daily lives. This shows how the digital transformation will affect their lives”, stated Muscat.

Also known as a “blockchain island”, Malta first made moves into the world of cryptocurrencies in July 2018, when they released a relaxed regulatory framework favorable to distributed ledger technologies. Electronic money, financial instruments, virtual tokens, and virtual financial assets were granted a path to legitimacy. A tolerant regulatory environment, educated workforce, and E.U. membership – all these have contributed to Malta becoming a hub of blockchain experimentation.

Currently, the majority of blockchain solutions present on the market are oriented towards blockchain as a service, limiting themselves to a rigid view and application of the technology. A company or the CTO of a company can come to the realization, after a bit of study that their business can solve several issues and streamline back-end processes by implementing blockchain.

The problem is that in order for a company to implement blockchain technology only through its own tech team, they need to invest a significant amount of time and resources to study what type of blockchain is most suited for their needs, and commence a lengthy process of learning the development specificity of the respective blockchain, as well as scouting for developers proficient in the technology.

Modex BCDB is a new take on blockchain technology which removes the need to invest resources in blockchain training and facilitates fast adoption of the technology in businesses. The solution proposed by Modex is a middleware which fuses a blockchain with a database to create a structure which is easy to use and understand by developers with no prior knowledge in blockchain development.

As a result, any developer who knows to work with a database system can operate with our solution, without needing to change their programming style or learn blockchain. Through our blockchain component, Modex BCDB is able to transform with minimal changes any type of database into a decentralized database which holds the same valuable characteristics inherent to blockchain technology: transparency, increased security, data immutability, and integrity.

Every enterprise is reserved and unwilling to make changes to its database, and for good reason, as data loss or data corruption constitute major risks. Modex BCDB doesn’t work by deleting the existing database, or data entries. The database is maintained intact throughout the process, data integrity is ensured by calculating the metadata of the records and storing it on the blockchain. Moreover, the system does not restrict access to the blockchain or to the database, so when a developer needs to make a reporting or ETL transformations, they can always perform warehouse analytics by accessing the database directly.

This is because Modex BCDB has been purposely designed to be agnostic. With our solution, clients are able to set up a network, regardless of the type of database employed. In a consortium, each company can maintain what type of database they prefer (Oracle, Microsoft, IBM, Mogo DB), and connect them through a blockchain-powered network to ensure cohesion, availability while protecting corporate interests.

Blockchain company Modex is promoting the adoption of blockchain technology and strongly believes in a future built around blockchain. Modex offers fully integrated services designed to solve the last mile adoption problem of the blockchain and aims to make blockchain user-friendly for every single device or person.

At Modex, we can innovate thanks to our incredible team of experts and we offer services for the entire blockchain technology ecosystem: Marketplace for Smart Contracts, community tools for developers and blockchain as database services for enterprises. In over two years, using cutting-edge technologies and with a clear strategy, Modex has evolved from the world’s first app store for blockchain into a complex ecosystem designed for developers’ needs and enterprises looking for blockchain solutions. Our mission is to spread and facilitate the adoption of blockchain into society and to solve real-world problems using this revolutionary technology. 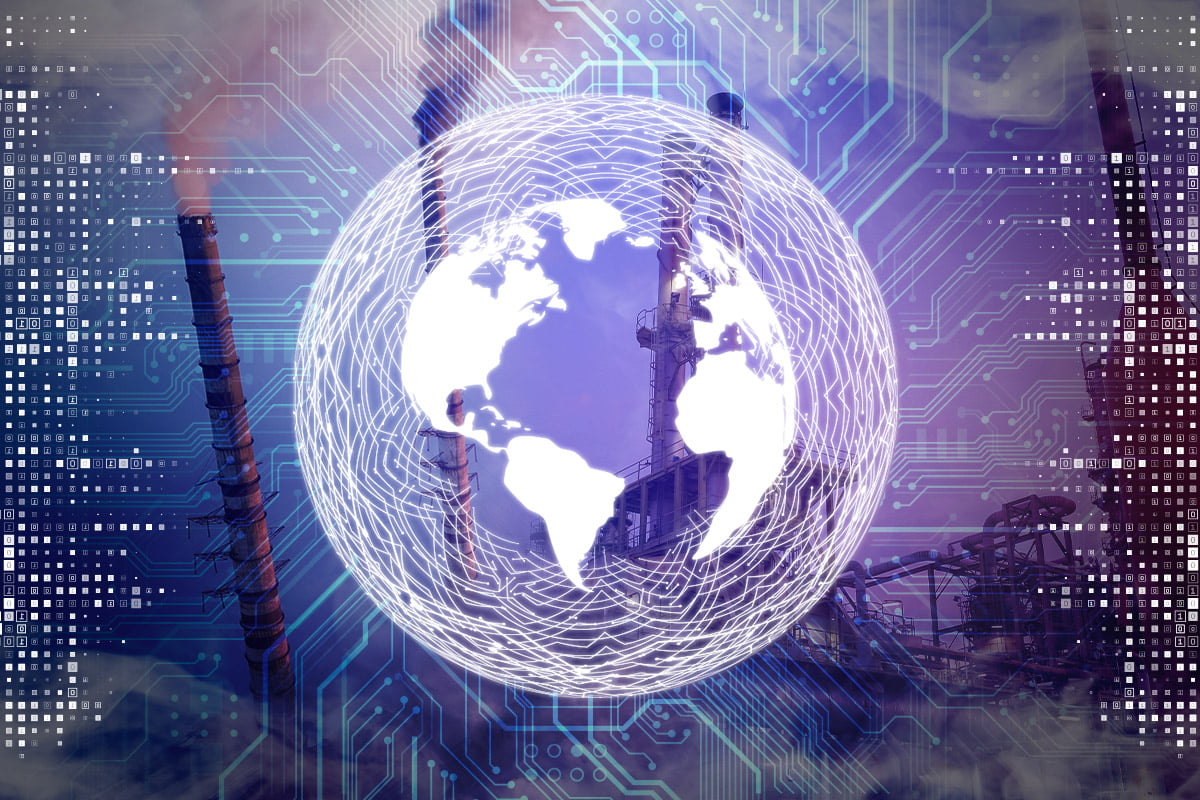 Last year, global leaders discussed the state of emissions at COP26 in Glasgow and tried to find efficient solutions in order to limit the global temperature rise to 1.5 degrees Celsius.
Read more

Your parents inherited a big piece of land from their forebears and now an interested buyer wants to acquire it for serious money, somewhere between $500,000 and $800,000. The issue is that nobody has any documents of it and nobody can prove whom it belongs to.
Read more 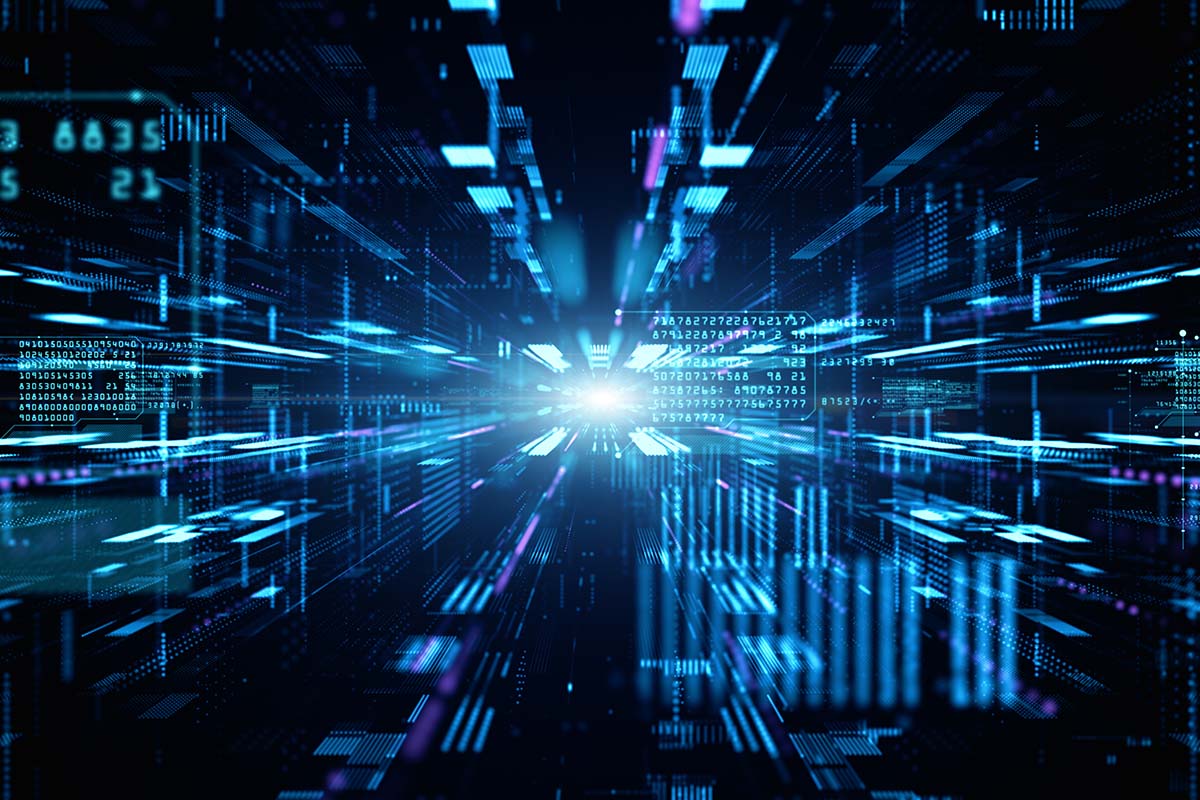 Blockchain technology, a game changer for the global retail market

According to the “Global Blockchain for Retail Market Growth (Status and Outlook) 2021-2026” report by HTF Market Intelligence, the importance of blockchain technology will continue to grow in this sector over the next five years.
Read more